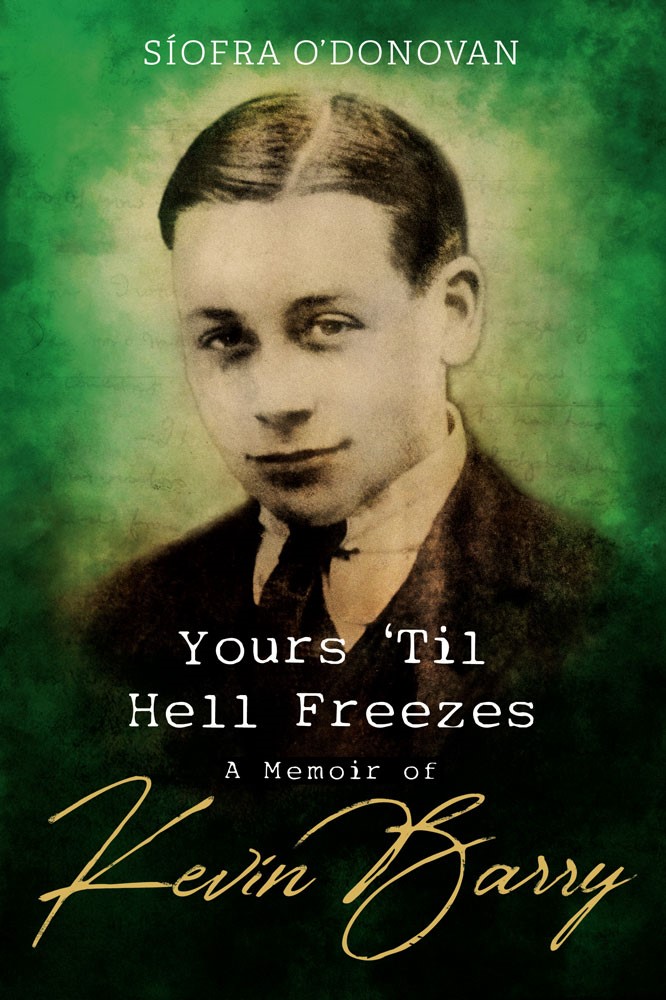 Available as an e-book

‘…Nobody would know from letters like these that Kevin was, by this time, up to his neck in the war against the British. Nobody knew that by November that very year he would have become one of the most iconic martyrs of the Irish independence movement, and that his signature Yours ’til hell freezes would become part of his mythology.’

“A richly detailed and discursive search for the real Kevin Barry, a voyage of discovery through family roots and disagreements, digging deeply into family memory and archives, asking, if not always answering, hard questions. Honest and intense and always readable.”

“A work of feeling and truth, in which imaginative audacity is accompanied by the pressure of felt family experience. Síofra O’Donovan sees the personal in the political because she abhors the lie which often keeps them apart.”