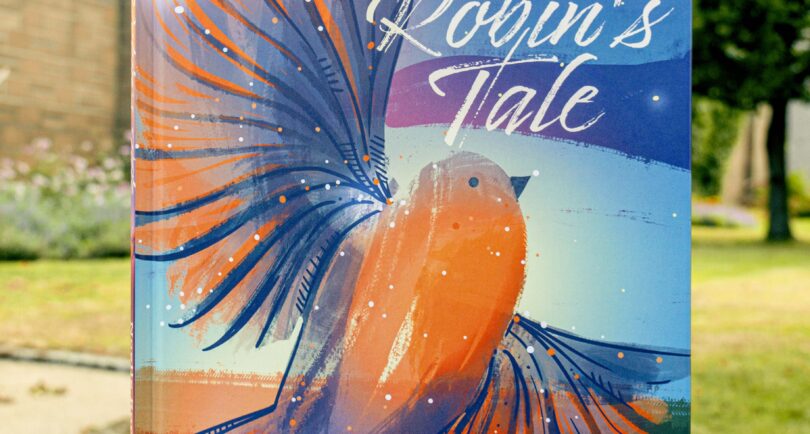 Long before A Robin’s Tale sat on bookshop shelves, it was a bedtime story; something created by a mother and her children to help understand the overwhelming emotions caused by a death in the family.

Noelle Rock sought to broach the difficult subject of death with her two young children, Erin and Senan, after the sudden and devastating passing of her father, Thomas Rock. His loss deeply affected the family, particularly her daughter, Erin, who called her grandfather Poppy Tom.

“He was there one day and gone the next. We were all so changed by it and so impacted by it,” Noelle says. “I was really conscious of her that she’d just lost this figure she really really loved.”

“Time went on and I realised how we’d all changed a little bit as well. She would have had these feelings and emotions, but because she was so young she didn’t have the cognitive capacity to fully articulate what those feelings were.”

Having a conversation about death is difficult, but for Noelle’s family it came quite naturally in the form of something she grew up with; the idea that robins are the spirits of lost loved ones.

“We love bedtime stories, so every night we read a book or make up a story. The robin story developed and we’d all talk about this robin.

“The story, before it was a book, really helped us. [The children] were able to identify with the robin, sound out their feelings and go on from there. That’s really powerful.”

Although it began at bedtime, it evolved during lockdown with the help of the children and Noelle decided to put pen to paper and write it down.

“It was a project for us to kind of explain something that was huge and overwhelming to the kids. I really believe using stories as metaphors is important, it helps kids to tell a story, it helps them understand things.”

Noelle, who says she really enjoyed the whole writing experience, decided to format the book herself and self-publish it through Amazon, after which it was soon picked up by Irish publisher Currach Press. The book has gone from strength to strength since.

“The amount of feedback I’ve had is unreal, really. The idea of the robin is something we all grew up with, it’s that comforting concept that someone is watching over you. It’s a comfort, it’s very Irish.”

Noelle, who is a chartered psychologist, believes grief is subjective for everybody, but that the book is suitable for everyone.

“Everyone has different beliefs and different cultural beliefs, it’s just a story that introduces the feelings, the pain, and the concepts around what’s happening after someone dies, but very gently.

You as a parent make the decision about what you want to tell your child, it just opens that conversation and introduces it. I am proud of it, I have to say.”

“Maybe it’s the idea of the robin that strikes something in us all. Everyone has a robin that they’re missing in some form or other, no matter what age they are.”

The striking illustrations by Sasha Sakhnevich were commissioned by Noelle and designed with the help of her daughter. “Erin drew little pictures of her own. To get it made into a book, someone told me you can just get people to do it, so I looked at illustrators online. I saw this lady’s work and it was beautiful and I said if we send Erin’s pictures, would she be able to make them digital in her style? That’s how the pictures came about. Sasha is extremely talented.

“Her style was so gentle and colourful. I think it lightened [the subject] and I suppose that’s why I chose her to do them.

“It’s such a heavy topic and something we’re all going to come across in our lives, even as adults when you lose somebody you can’t imagine how painful it is until it happens.

“Lightening and brightening the subject, normalising that little bit as part of life. The colours and images make it less scary, less unknown.” 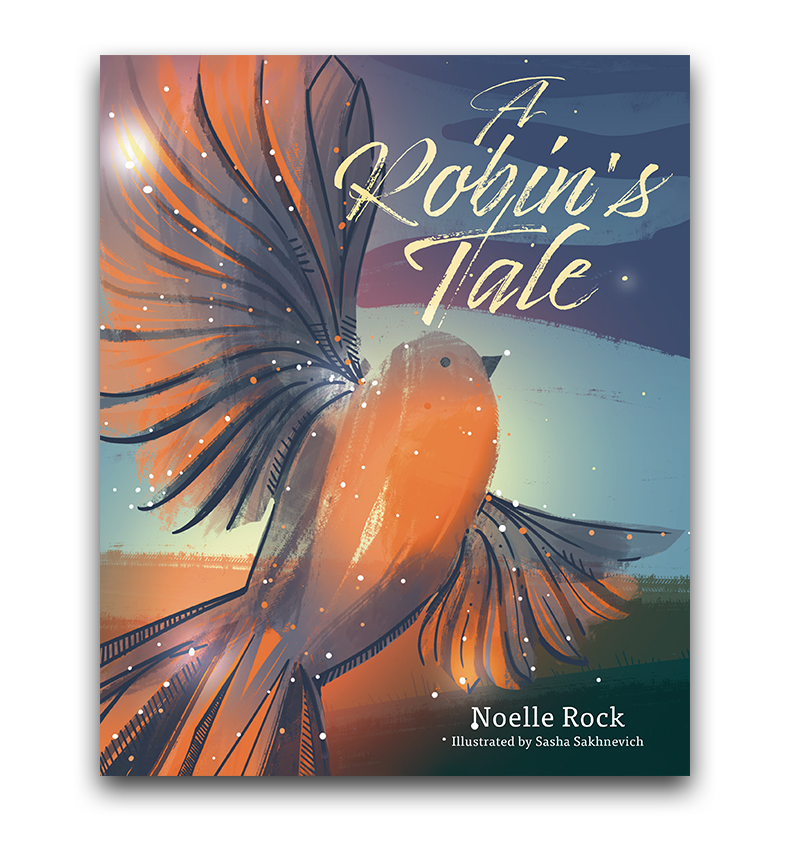 A Robin’s Tale by Noelle Rock and illustrated by Sasha Sakhnevich is available here.