Let’s celebrate the culture of the ‘Emerald Isle’! 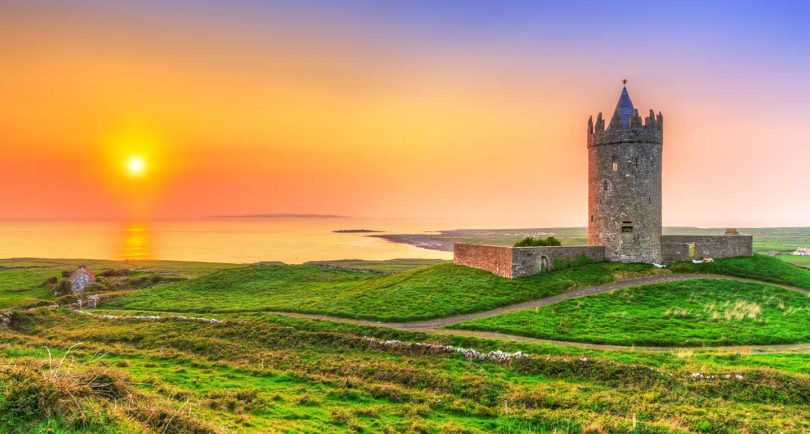 As the month of St Patrick’s Day and of celebrations of Irish culture all over the world, March is the perfect time of year to learn more about our beautiful island, its culture, and the people that make it so special. We’ve curated a list of books that illustrate the positive impact the land of ‘Saints and Scholars’ and its people have had on the world. From magnificent scientific discoveries to exquisite poetry and literature and a superbly expressive language – Ireland is an ancient land of breath-taking music, fearsome myths and legends, humble traditions and gracious people. Explore the hidden treasures of the Emerald Isle with five of our Irish interest titles below.

Unearth the truth about the Irish language with Caoimhín De Barra’s Gaeilge: A Radical Revolution. As a historian of languages and someone who learned Irish as an adult, Caoimhín De Barra offers both academic and personal insights into Ireland’s complex relationship with its national language.  Drawing upon the history of other minority languages around the world, De Barra demonstrates why current efforts to promote Irish are doomed to fail and proposes a radical solution to revive An Ghaeilge so it can once again become the first language of the Irish people.

“Finally, a sensible book about the Irish language. The activists for the restoration of Irish should quote liberally from its pages and hopefully it will ignite a whole new debate. If we lose our language we have nothing. A mere 100 years on from a revolution nurtured by Gaelic speakers we have lost the plot. This book has restored my faith.” – George Hook

For centuries, the Irish have had an impact on the world far beyond what you would expect for a tiny nation on the edge of Europe. What have the Irish ever done for us? tells the remarkable stories of some well-known and not so well-known Irish people who have made their mark with stories of courage, ingenuity, perseverance and selflessness whose influence are felt far beyond Ireland’s shores. Filled with quirky illustrations, this light-hearted book recounts hundreds of examples of the important roles that the Irish and people of Irish descent have played throughout modern history.

As the face of Ireland to the world over, Dublin has the trappings of power, big business, government and national culture; Cork has the tallest and the longest building in Ireland, the best hurling, football and rugby players and road-bowlers – or so Cork people would have the rest of the world believe.                                                   In A Tale of Two Cities, photographer John Hall allows his images to speak louder than words.  He brings to life churches, steeples, libraries and monuments that represent great Corkmen like Michael Collins and Tomás McCurtain on the one hand, and national figures like Daniel O’Connell and Charles Stewart Parnell on the other. Clocks, banks, wharves, breweries and railway viaducts are highlighted, along with numerous aspects of the Liffey and the Lee, the two beautiful rivers that are the pulse of the two great cities of Ireland.

Best Loved Poems: Favourite Poems from the South of Ireland is an anthology from the province of Munster, lovingly curated by Gabriel Fitzmaurice and illuminated by photography from John Reidy. This collection of poetry, comprising contemporary favourites, ninth-century poems, popular songs and ballads, some written in English and some translated from their original Irish, will delight the general reader and the poetry specialist alike. There are cursing poems, homages to the Irish language and to our native games of Gaelic football and hurling, as well as poems of poverty and emigration.

The west of Ireland, the old province of Connacht, is, for the most part, a wild and beautiful place. Its rugged coastline breasts the broad Atlantic. Its mountains and glens are often lonely places, but if you look closely against a slanting evening sun you might see the traces of some old cultivation ‘where mountainy men have sown’ as Padraig Pearse observed.                                                   The poems and pictures from this collection will, I’m sure, be cherished by people from the west no matter where they have settled in this great world. The photographs, like the poems and the place itself, have a haunting quality about them showcasing Ireland’s natural beauty.