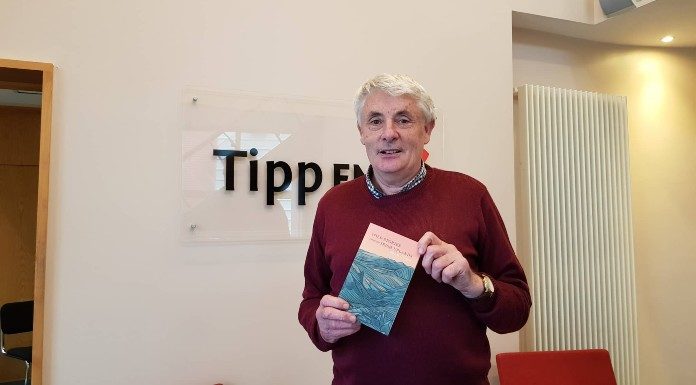 Well-known Irish mountaineer and author John G. O’Dwyer joined Fran Curry on Tipp FM to speak about his new book, Wild Stories from the Irish Uplands. A native of Thurles, John founded the Mid-Tipp Hillwalkers Club and has nearly 30 years of experience of leading walking and climbing groups across Ireland, the UK, Europe, and Africa.

In his latest book, he highlights the rich history and personal stories behind Ireland’s adventurous ‘uplands’. While drawing upon historical sources and accounts from local people, O’Dwyer recounts the captivating tales of Ireland’s history-makers, and proves that history is more than a list of unassuming names and dates, as the collection of stories bring to life Ireland’s colourful past.

During the Tipp Today show, Fran Curry and John discussed everything from the legend of St. Patrick, to the world-famous Burren, to the discovering and naming of Kerry’s “Howling Ridge” (named after the discoverer’s dog who could not proceed any further and began to howl), to the heartbreaking story behind the final moments of IRA leader Liam Lynch during the Irish Civil War while taking shelter in the Knockmealdown Mountains.

Speaking with Curry about Wild Stories, John explained that the common link between all of the various historical stories is the uplands — largely due to the fact that since they are relatively low and accessible, “there has always been interaction among people going into the mountains”.

Fran Curry had nothing but praise for Wild Stories from the Irish Uplands, claiming “There’s such a large spectrum of history [in the book]”. John responded that he loved the writing process of this particular book, because it gave him the opportunity to “dive under the skin of history”, as well as learn an enormous amount about the narratives of Ireland. “I’ve tried to treat it as personal stories rather than take the historical view of what happened. What happened to these real people? What were they thinking? What were the real situations? [All with the backdrop of the uplands] as the linking item”.

If anything at all, John hopes that Wild Stories from the Irish Uplands will be received as an homage to Ireland — both to familiar residents who know the beauty of their home island, as well as to travellers who hope to someday visit. “What I hope is that it will be a good present, if you want to send a little bit of Ireland abroad.”

To listen to the full interview on Tipp FM, click here.