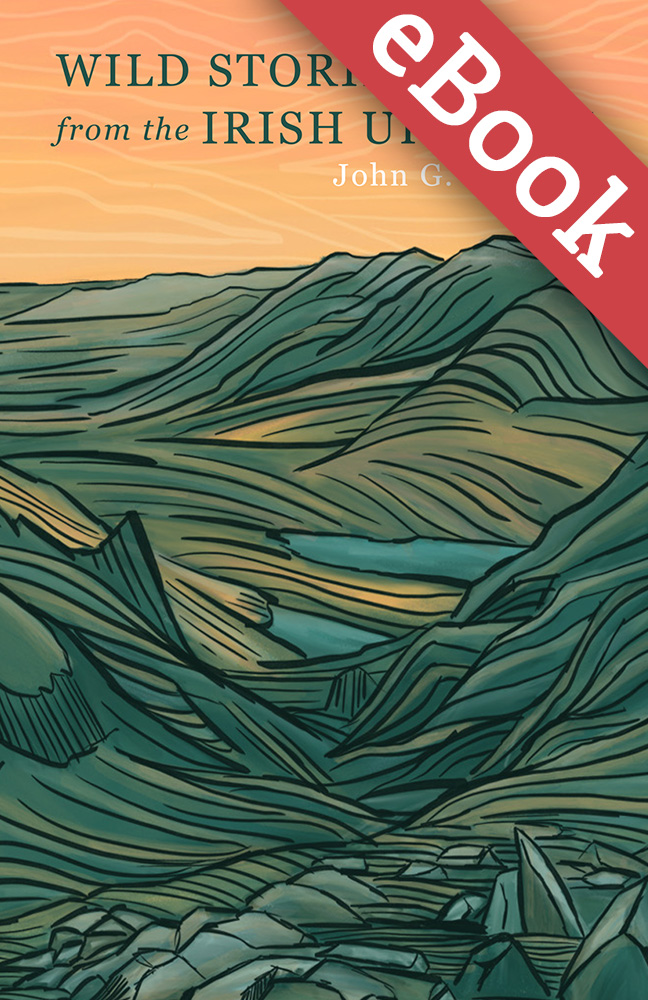 Since the beginning of time, Ireland’s uplands have been the epicentre of heroic deeds, larger-than-life characters and captivating conflicts. From outlaws hiding in mountainous caves, dramatic hillside gun fights between rebels, and nail-biting modern day rescue missions, Ireland’s mountains may not be the tallest but they provide thrilling tales of adventure and daring. As a veteran hiker, John G. O’Dwyer draws upon his treasure trove of experience to recount many captivating tales from times gone by, from saints to scoundrels, and rescuers to rebels and rapparees.

History is more than just a list of names and dates, and these collected stories create a vivid picture of Ireland’s past brought to life! The author seamlessly merges expert historical sources with his own fact-finding walks through the uplands and the vivid accounts of events gleaned from local people.

Using this research, the book relates how Ireland’s vertically unassuming mountains and hills have been central to the ebb and flow of Irish life for countless generations, with accounts of these events woven afterwards into unifying local mythologies.

John G. O’Dwyer is a travel consultant from Thurles, Co.Tipperary and a regular contributor to The Irish Times. A keen hillwalker and rock climber, he founded the Mid-Tipp Hillwalkers Club and has almost 30 years’ experience of leading hillwalking and mountain-climbing groups in Ireland, the UK, Europe and Africa.

He is currently working on a new book due to be released in 2020.