The big impact of Celtic music in Europe 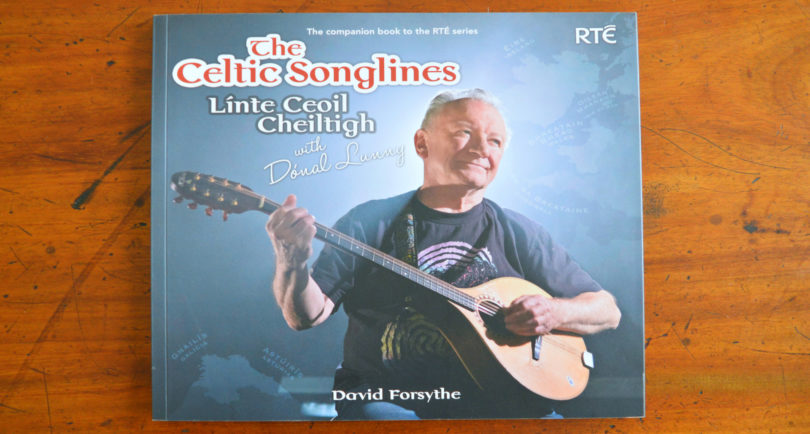 This week we are featuring the book The Celtic Songlines by David Forsythe, the companion book to the RTÉ series with Dónal Lunny of the same name. Filled with photographs, it traces the spread and influence of Celtic music across Europe, from the Hebrides in the north to Gailicia in the south, visiting the Isle of Man, Wales, Cornwall and Brittany as well as Ireland. Below is a taste of the book from the introduction. 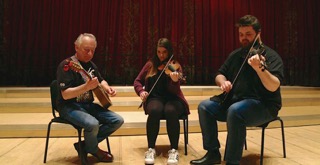 “Along the spectacular coasts of the Atlantic, the superhighway of the Celtic world, from Scotland in the north to Spain in the south a thriving culture emerged and prospered. Connected through maritime trade and commerce, these ancient lands stretched for more than 1,000 miles and were the last outposts of a proud culture that once dominated Europe. Through their language, art and poetry the Celts have left an inedible mark on Europe’s western fringe though it is in music that their presence is still most keenly felt to this day. Through the rich musical traditions of these seemingly disparate lands a new Celtic identity emerged in Scotland, Ireland, the Isle of Man, Wales, Cornwall, Brittany and northwest Spain.

In 2017, celebrating his 70th year, renowned Irish musician Dónal Lunny embarked on a journey following the Celtic Songlines from the Hebrides to Galicia, searching for the connections in history, music and culture that have endured to this day. On his journey Dónal played with some of Europe’s most gifted musicians and met with folklorists, musicologists and leading cultural figures. In this book we trace that journey and investigate the cultural and musical story of the Celtic nations and discover that Celtic music is very much alive in the present day and at heart of a new Celtic identity in western Europe.”

Dónal Lunny remarks that “the journey took us from north to south along the Atlantic coasts of Europe, visiting some of the continent’s most spectacular scenery along the way, reaching our journey’s end at the Tower of Hercules in A Coruña on Spain’s north-west coast. It was from here that the legendary Celtic king Breogán was said to have sighted a verdant green isle to the north and thereupon set sail to settle a new Celtic kingdom. […] Celtic music has developed a cultural identity of its own in recent years, but what really gives it life and unites these places is the spirit and love that Celtic people have for their own traditions.”

If you would like to learn about the history and spread of Celtic music, The Celtic Songlines can be bought here.