A Christmas Nativity on Achill Island 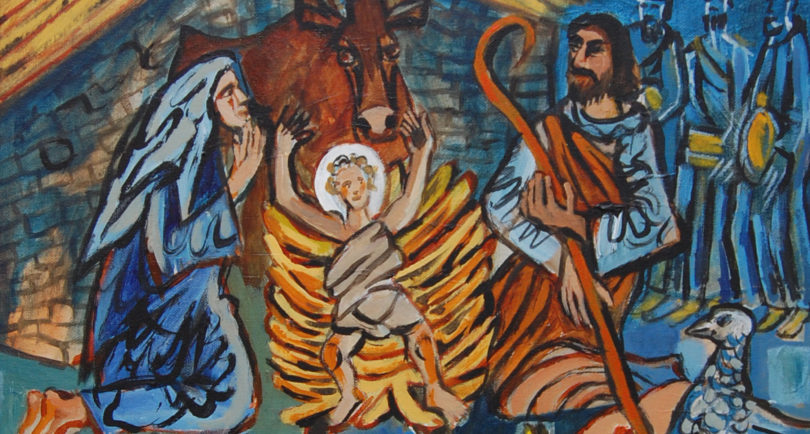 Achill: The Island is a beautiful collection of poems and poetry that capture the soul of the island off the coast of Mayo. The poems are written by the award-winning poet John F. Deane,  born on Achill Island and founder of Poetry Ireland and of the journals The Poetry Ireland Review and The Dedalus Press. The stunning acrylic paintings that accompany are by John Behan, celebrated painter and sculptor. Among the many beautiful images in Achill: The Island there lies a beautiful gem for Christmas. The painting of ‘Nativity in Bunnacurry, Achill’ is accompanied by the poem ‘Townland’ which is below, capturing the humanity of the Nativity scene.

Bethlehem: the village, and the townland,

like a fair day in Bunnacurry; in our dark cowhouse

there were snuffling sounds

and the warm, rich reek of cattle.

wide eyes fixed on one another,

the whimper of a boy-child in between; brown earth outside

under the slow breathing of mist. A harsh half-moon

shivered on the frosted road

down to the Bunnacurry church, and we, children,

on the biting air. It was just a birth; one 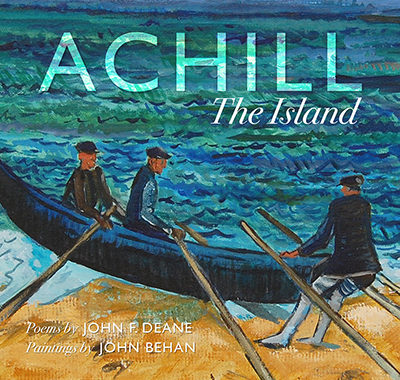 that would come after; this one birth

neither a beginning, nor an ending; a turning-point

merely, though shading all that went before, all

after, tossing the rags and peelings of time into the uncertain

above the caverned escarpment. Crib and candle-light

in Bunnacurry chapel, where we knelt

awed by festival, by the silence surrounding, by the animals.

If you would like to get your own copy of  Achill: The Island to experience the beauty of these poems and images you can click here.