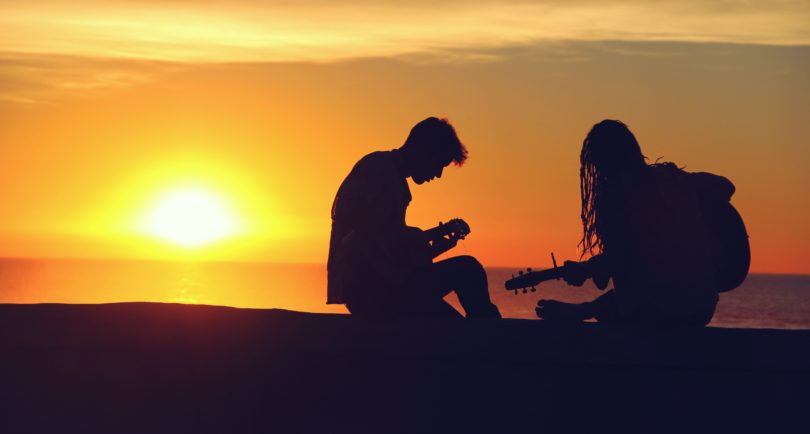 David Forsythe’s book The Celtic Songlines: Línte Ceoil Cheiltigh with Dónal Lunny is a showcase of cultural and musical stories from European countries that shows that Celtic music is still active today.

As the title suggests, the book features Dónal Lunny, who played a central role in the renaissance of Irish music. He received an Honorary Doctorate from Trinity College in 2008 along with the TG4 Gradam Ceoil Lifetime Achievement Award for his contributions to Irish music.

Forsythe’s book explores Lunny’s travels across Europe’s Celtic nations, from the Hebrides in the north to Galicia in the south; he visits the Isle of Man, Wales, Cornwall and Brittany as well as Ireland. The book gives fantastic profiles on various artists, historians and folklorists within these areas.

The Celtic Songlines: Línte Ceoil Cheiltigh with Dónal Lunny is an essential purchase for anyone who loves reading about Celtic culture and discovering musical artists. Examples of artists include Donald Shaw and Christine Primrose.

Descriptions for Dónal Lunny’s adventure include exceptionally professional photography by Enda O’Looney and Valerie O’Sullivan. Many of these photos capture excellent portraits of the featured artists and moments of the artists performing with Dónal Lunny.

Forsythe clearly illustrates the musical and cultural connections between Celtic countries in this book. Something to love in this book is the down-to-earth nature of the musicians that Donál Lunny meets. Each artist shows overwhelming enthusiasm and passion for their craft.

The Celtic Songlines: Línte Ceoil Cheiltigh with Dónal Lunny is a prime example of what a contemporary nonfiction music book should be: a window into the wide variety of artists, collectors and folklorists who all contribute to Irish culture. The Celtic Songlines is available online at our website.