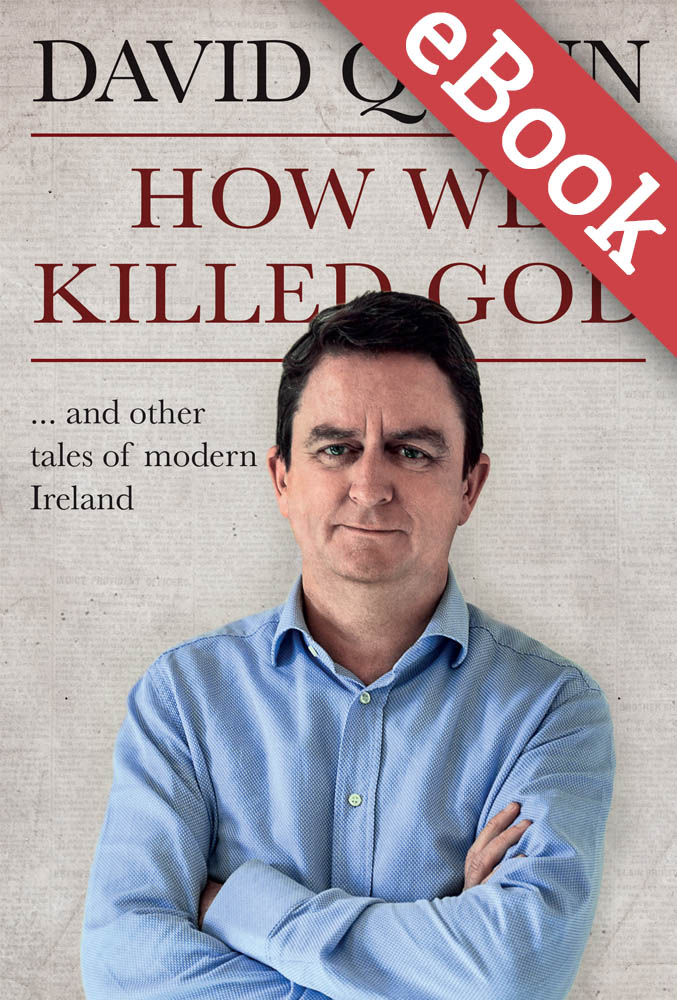 eBook How We Killed God… and other tales of modern Ireland

Disclaimer: This is an electronical book, not a physical book. Physical copies also available on our website.

For almost 25 years, David Quinn, one of the country’s best known and most controversial commentators on religious and social affairs, has charted the turbulent relationship between modern Ireland and the Catholic Church. He has been a fierce critic of an aggressive secularism that is pushing religion to the margins of public life, and of what he believes is groupthink in contemporary debates. From the controversies that have raged about Church and State, marriage and the family, the abuse scandals, the right to life and the Celtic Tiger, this book, drawn from his columns, is a very different take on nearly a quarter of a century of tumultuous change in Irish society.

Born in Dublin in to a family of journalists, David Quinn studied business at Dublin City University before emigrating to Australia to escape the recession of the 1980s. His relationship with his wife-to-be – a member of a Protestant Church – re-ignited his interest in religion and eventually in the lapsed Catholicism of his childhood. After a stint working in the insurance industry Down Under, he returned to Dublin in the mid-1990s with a view to enter the world of journalism. Initially writing for The Sunday Business Post, he emerged as a contrary voice to Ireland’s liberal drift and was soon a frequent contributor to debates on radio and television. He went on to be Editor of The Irish Catholic newspaper and a columnist and Religious Affairs Correspondent for the Irish Independent. In 2007, he established The Iona Institute, a think-tank that argues in favour of the traditional family and the place of religion in society. His weekly columns currently appear in The Irish Catholic and The Sunday Times. He is married to Rachael, they have two children.