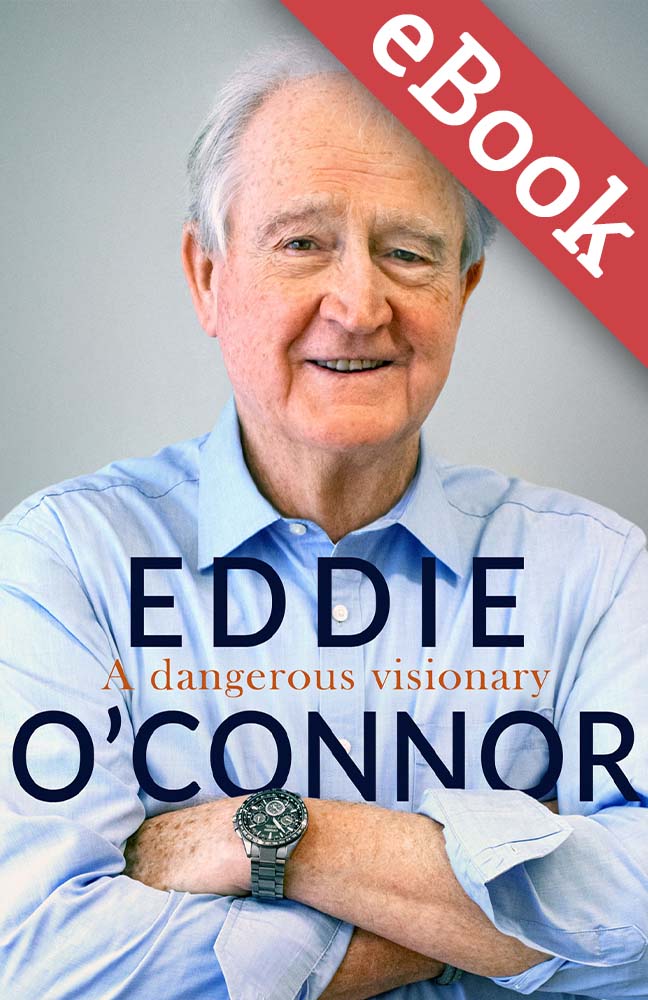 The green energy entrepreneur made headlines with his reluctance to sell Airtricity and when the resulting counter-bid failed, admittedly earning him millions, it spurred him to re-invest and launch Mainstream in 2008 at the onset of a worldwide economic collapse.

A leading player in the renewable power field, Mainstream has gained a foothold in the global race for solar and wind energy.

A Dangerous Visionary comes at the opportune time. Eddie’s invaluable experience combined with a confident vision and unshakeable faith has created a powerhouse legacy that will inspire the next generation of environmentally conscious business leaders.

Currach Books has commissioned an audiobook version of A Dangerous Visionary narrated by Owen Roe, one of Ireland’s foremost film, TV and theatre actors. The audiobook will be available on Audible, Amazon and Apple iTunes soon.