The Diary of Elizabeth Dillon reviewed in The Independent 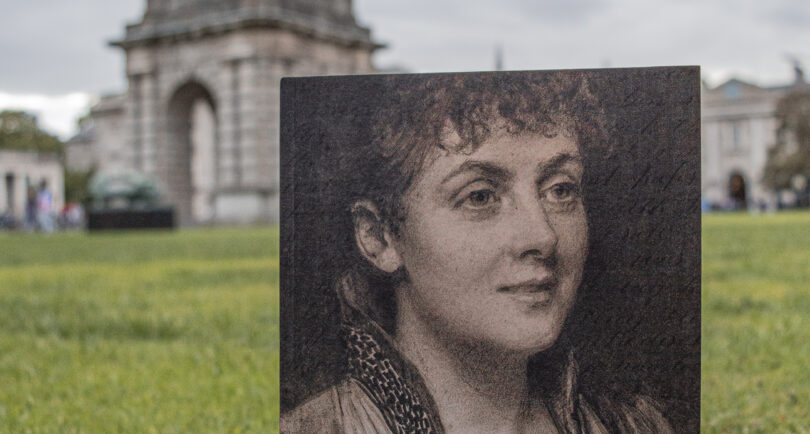 The Diary of Elizabeth Dillon: Candid memoirs of a 19th-Century nationalist with a beautiful mind

Elizabeth Dillon was the wife of John Dillon, one of the leaders of the Irish Party at Westminster. She had been brought up in London, where her father Sir James Mathew, nephew of the Apostle of Temperance, had gone from Cork to become a leading barrister and judge.

Elizabeth kept a diary from her 14th year until her death, aged 42, in 1907 following the stillborn birth of her seventh child.

The early part depicts a loving family with emphasis on self-improvement and culture – Bessie, as she was known, was one of the first female students at King’s College London, yet she always opposed female suffrage and believed that a wife’s duty was to obey her husband.

Devoutly Catholic, she still resented her sister becoming a nun; the entry when the sister dies is memorable, exemplifying the pain felt at the loss of a beloved family member with whom one has had an imperfect relationship.

The social milieu was professional, largely legal, and the political tone Liberal, not Tory. She was not initially sympathetic to Parnell’s nationalist party; “we saw the Irish,” she writes, after visiting the House of Commons in 1884, “a wretched set who asked all kinds of trivial and vexatious questions.”

It all changed in 1886 when the Liberal Party under Gladstone espoused Home Rule; she read Irish history and spent long holidays in Ireland. Her perceptive descriptions of people she encountered will be a treasure trove for social and political historians of the period, as will her snapshots of historic occasions.

England became for her “the land of exile” and she was a committed Irish nationalist even before she met Dillon. When she did, she wrote: “He is the first person who has awed me; his appearance is very striking; there is an earnestness and majesty the like of which I have never met.”

It took ten years, and an ultimatum not mentioned in the diary, to get her hero to the altar. Then, leaving her parents to whom she was more than normally attached, she reflected: “I can only marvel at myself that I cannot feel sad at the thought of going. But I can’t – it is only just joy, joy, joy.”

So it remained through the 11 years of her marriage, marred only by anxiety about Dillon’s parlous health and distress when his priest-like dedication to political duties often kept them apart. She longed for her boys to be educated by the Christian Brothers.

The diary has been edited by Brendan Ó Cathaoir, whose interest in the Dillons was sparked writing an acclaimed life of John Blake Dillon, the Young Irelander father of John Dillon. Ó Cathaoir says his task has enabled him to be in “the company of a beautiful mind”. He has written an account of Elizabeth’s life as an introduction, which is a model of succinct biography and an admirable preface to the diary itself.

Unfortunately, the index is incomplete, a grave defect in this kind of book. Among those not listed is the now beatified Jesuit John Sullivan, mentioned 10 times in the diary as a gentle shy young barrister who becomes marshal to Mr Justice Mathew. Sullivan is ultimately dismissed as “the uninteresting awkward lad whose visits used to make me extremely uncomfortable from a vague dread lest he admired me”.

Such acerbic comments on acquaintances, of which the ugly, dull and vulgar are regular targets, spice the narrative, which is also, it should be added, full of more positive assessments.

The frankness of diaries is what makes them such a valuable historical record.

‘The Diary of Elizabeth Dillon’ edited by Brendan O Cathaoir is available here.