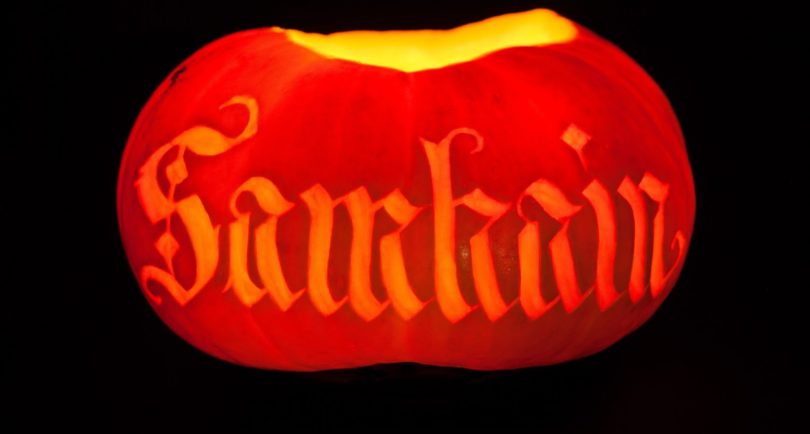 What you are  now we used to be.

What we are now you will be.

Today is Halloween, or Oíche Shamhna, and what better way to observe it than read paranormal investigator Paul Fennell’s spine-chilling stories of otherworldly encounters of real people and families across Ireland!

Let’s start with the author’s own experience from childhood and then move on to some others.

Caution: READ AHEAD AT YOUR OWN RISK! 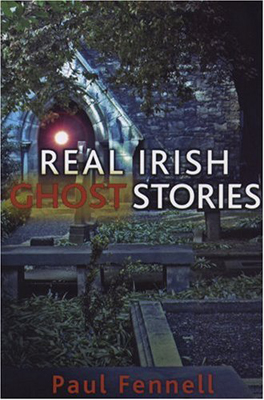 My introduction into the world of the paranormal started at a very young age. This is my story.

I was born in 1964 in a Coporation house in an area called Crumlin on the south side of Dublin. I am the youngest in a family of five brothers and two sisters. Shortly after I was born my mother was told that I had pneumonia. She was advised to enjoy the short time she would have with me as I had only a few weeks to live. One evening when I was just three months old I was lying in my cot in the front room of my family home. Around me were my brothers and sisters. My mother was in the kitchen preparing the evening meal to have ready for my father when he returned from work.

My family’s account of what happened next is as follows. There was a knock on the door. One of my brothers answered the door and standing there was a monk dressed in brown and cream clothing with a thick rope tied around his waist. He brushed my brother aside and walked into the house and straight over to my cot. Standing over me he proceeded to bless me and touched my forehead with his hand. My brothers and sisters let out a scream to alert my mother that a stranger was in the house and at my cot. She ran in from the kitchen just as he was leaving the house through the front door. She followed him out towards the door demanding “Who are you and what are you doing in my house?” She walked out into the street after him but he had vanished. My mother searched down the side of the house and up and down the street but he was gone. Because of the way my house was situated there was no possible way for anyone to disappear or hide without being seen. Who this monk was or where he came f

rom no one knows. One thing is for certain: I survived the pneumonia and I am now married with a beautiful wife and two beautiful daughters. I am ever-grateful to whoever this monk was. I have searched for the answer to this mystery but have not found it yet.

In 1976, my wife and I separated. It was not an easy parting as we had one daughter. I left the family home and bought a small house in need of renovation not far from my old home. The house took on a new sense of life with a fresh smell to it as the old musty smell went. I redecorated the whole house top to bottom and it was not long before my daughter started to stay over on weekends. Sadly it would all turn pear-shaped. Strange sounds and smells began to come into our lives. The old musty smell returned. Even with my efforts to keep windows and doors open and as much as I could, I could not get rid of the smell.

It started with my daughter being woken up at night hearing a rocking chair in the living room in the evenings. My daughter’s bedroom stayed cold no mater how high I put the heating on. We finally just use this room as storage and I relocated her room to the spare room. From my bedroom I could see across to the door of my daughter’s room. I began seeing a shadow every night as regular as clockwork; it would stop outside her door, pause, then look inside but never went in. It was like someone checking on a sleeping child. My daughter was also aware of this as she often asked me if I had checked in on her at night.

Then we began to experience a smell from the downstairs bathroom. It was awful, like the smell of a dead animal. I got a plumber in to check out the drainage system but all was in order. The smell only happened late in the evening just before bedtime. We also experienced bright lights in the garden at night. I was especially worried about my daughter because she has get-up-and-go type of personality and now all she did was sleep or sit in her room. We didn’t even go for walks like we used to. It was so unlike us! Then one night my daughter was up in her room and I was sitting in the living room watching television. I heard her let out a scream. I ran up the stairs. She met me just outside her room in the hall. She said something was in her room. She was reading and happened to look up into the corner. At first she thought it was fire. A black cloud was forming a body shape. When the head began to appear she screamed and ran. She would not go back into the room, not even when I was changing rooms over. My daughter eventually stopped coming over to visit; she was too afraid just in case whatever it was would make its way into the other bedroom. I sold that house and bought another on the other side of town. I am glad to say that things are normal here and not only do I have my daughter visit but now my grandchildren visit.

In December 1987 my family and I moved into a house in Swords, County Dublin. We moved in and chose our rooms. Our parents took the largest bedroom and my brothers took the next largest, leaving me with the smallest and the haunted room, although I didn’t realise that it was haunted until later on. There was an attic conversion but because it was so cold no one wanted that room to sleep in. The next morning, we were all at the table in the kitchen eating breakfast when, all of a sudden, we heard a noise that sounded like someone was walking up and down the staircase leading from the kitchen to the attic. I asked the others if they had heard the noise and they confirmed that the did but dismissed it as a new house – new noises.

Well, strange things started happening from that day on. I heard a massive bang that shook the whole house. I ran outside to see if anyone else had heard that bang or what had made that noise. They all said that they hadn’t heard anything. Every night at exactly nine o’clock we could hear a baby crying in the attic conversion. Objects would move from one place to another for no apparent reason. One night I had my CD collection on a shelf in my room. The next morning, they were missing but when I opened my wardrobe to get a pair of jeans I saw all my CDs were stacked neatly on a shelf. From time to time bottles of soap would disappear and end up in my closet when I hadn’t put them there. At other times there would be water all over the floor of the kitchen and the taps running even though we always made sure they were off. Another night while I slept on the couch in the living room I was woken from my sleep by the clock radio that went off at exactly 3.10am, full blast. The clock radio was location in the kitchen on top of the washing machine. I went int to turn it off so it wouldn’t wake anyone else up but the clock wasn’t even plugged in.

One day my brother and I were out in the garage looking for something when the garage door suddenly shut and I couldn’t open it. It felt as if someone was holding the garage door closed by pushing against it from the outside. I tried one last time to open it and was successful. We rushed out just in case it could close again but when I looked back inside, I saw an apparition of a young boy probably about twelve to fourteen years old inside. He was just standing there laughing at us. This scared me so much that I refused to ever go back into the garage.