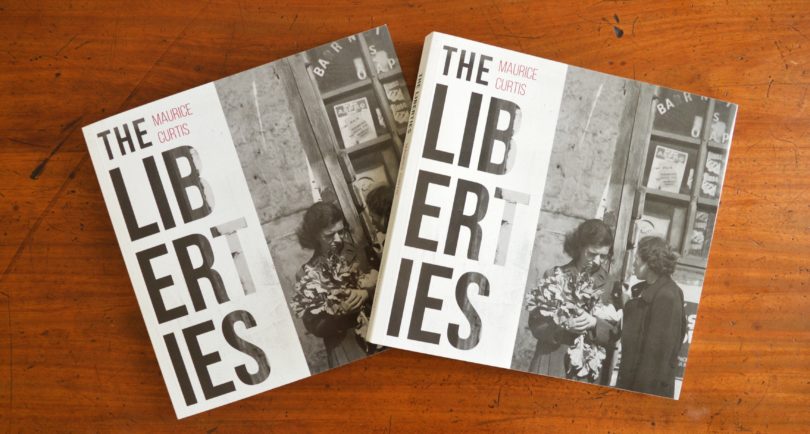 This book is a treasure trove of pictures and stories of a place quite unlike any other-with its history that dates back to the Middle Ages; architectural gems such as the Hugenuenot houses, known as Dutch Billies; and the people, including Wolfe Tone, who convened a meeting in the Liberties to discuss petitioning for a relaxation of the Penal Laws.

A literary visitor to the area found it was ‘an almost indescribable aspect of dirt and confusion, semi-continental picturesquesness, shabiness less the shabbiness of dirt than that of untidiness-over-population, and frowsiness generally, perfectly original and peculiarly its own’. Who better than Charles Dickens to paint this unique area in words that held true in the 1850s and ‘60s and would almost be so today? While so much has changed, the heart and soul of the place has stayed the same.

The Liberties has a rich and varied history going back to the visit of King Henry II, who declared that the first Liberty be given complete freedom from city laws that required payment of rates and taxes in order that an abbey be founded in memory of the murdered Thomas á Becket. Other Liberties arose taking in different parts of the south inner-city and over time the entire area simply became known as the Liberties, including Francis Street with the magnificent St Catherine’s Church; St James’s Gate Brewery, famous the world over for the black stuff, courtesy of Arthur Guinness; and Fishamble Street, where Handel’s famous piece, Messiah was first performed in 1742. While towering in the background is a smock windmill (so called because its sloping sides resemble the smocks worn by Dutch farmers), built c. 1757, which at 120 feet is the largest surviving smock windmill tower outside the Netherlands (although some claim it is the tallest in Europe). 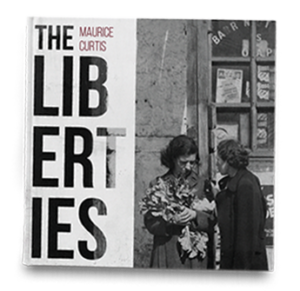 In 1911 King George V and Queen Mary toured Dublin over the course of six days, visiting the Coombe Lying-in Hospital (where, many years later, I had my own confinement that resulted in twin boys) in its original site, before attending a service in St Patrick’s Cathedral. There is a wonderful photograph of the local children from the play centre in Francis Street sitting attentively on the floor gazing up at the royal entourage who are supposedly ‘entertaining’ them!

Two heartbraking photographs show the grime and poverty indicitive of the time: Poole Street tenements, 1913, where those who could afford a pole to dangle out the window with their washing were envied, and Swift’s Alley of the same period, show the squalor and primative living conditions endured by residents who probably suffered from disease and general ill health owing to lack of any kind of sanitation.

And just imagine that the first university in Ireland, 1320-1520, was located somewhere around St Patrick Street. What on earth did they study? Were they the sons of wealthy landowners preparing for roles as landlords and politicians? Hard to believe that such a place of learning existed in Dublin in the Middle Ages.

Eamonn Ceannt commanded a rebel force during the 1916 Rising and we can see young men with their battered hats pointing rifles from their vantage points in and around the area. While the burning of the Four Courts during the Civil War, 1922, can be seen from Lower Bridge Street where a gun emplacement was located.

Many larger-than-life characters from our history books were connected to the Liberties, such as my favourite, John Field the pianist-first to compose the Nocturne-who ended his days in Russia. Jonathan Swift, described as ‘the Monarch of the Liberties’, was born within spitting distance of St Patrick’s Cathedral, where he eventually became Dean. Long remembered as the author of Gulliver’s Travels, his satirical advice on starvation among the poor will also mark him as the man who proposed eating children to end poverty. And who can forget the final words of Robert Emmet as he stood to be executed on Thomas Street:

Let no man write my epitaph; for as no man who knows my motives dare now vindicate them, let not prejudice or ignorance asperse them. Let them and me rest in obscurity and peace, and my name remain uninscribed, until other times and other men can do justice to my character. When my country takes her place among the nations of the earth, then, and not till then, let my epitaph be written. I have done.

This book will appeal to outsiders who, like me, had no inkling of its space in the annals of Irish history and also to residents and their families. Every page has a visual reminder of shops and schools, churches and markets that tell of poverty and drudgery, wealth and power through the ages. For me it brought up images of watching RTÉ on our newly installed black-and-white television, when we all joined in the ditty about the mystery of who put the figs in the fig rolls!