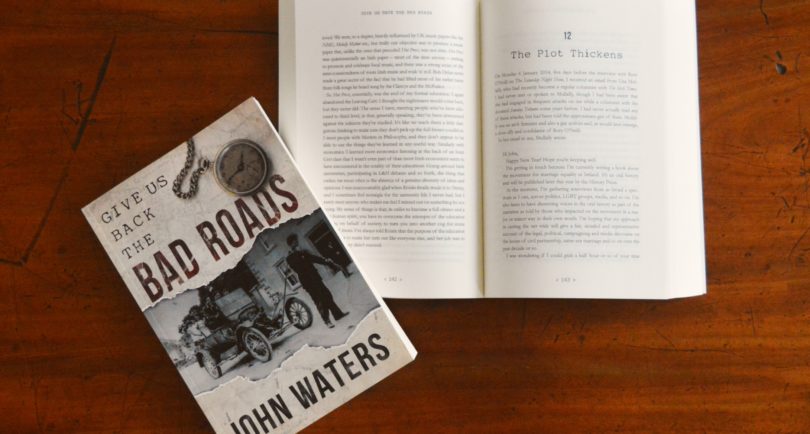 An extract from Kenneth Francis’ review of Give Us Back the Bad Roads by John Waters.
The title of Give Us Back the Bad Roads is reminiscent of a quote by C.S. Lewis: “Progress means getting nearer to the place you want to be. And if you have taken a wrong turn, then to go forward does not get you any nearer. If you are on the wrong road, progress means doing an about-turn and walking back to the right road; and in that case the man who turns back soonest is the most progressive man.” The same can be said for authentic, classic conservatism: conserving only what is good, while ditching the bad.
The Irish writer of many books and countless essays, John Waters, knows a lot about the good and the bad, as well as the fascism in the mob mentality of the cosmopolitan left. Born in Castlerea, County Roscommon, Mr Waters is a Catholic and a writer/speaker who expresses hard truths that anti-Catholics, clueless Christians and atheists don’t want to hear but need to hear. However, being a Catholic in Western culture reduces one to the status of a non-person, whose character is discredited and views are irrelevant in ‘respectable, intelligentsia circles’.
After moving to Dublin in the early 1980s, he was a newspaper columnist, essayist, music critic, playwright and public speaker on fathers’ rights/health. He also wrote about the hard truths and facts on Irish culture.
His first book, Jiving at the Crossroads (1991), about Irish politics and culture, became a best-seller because of its powerful prose and rich observations and historical content. And it looks like his latest book is about to expose more, in its raw exposure of double-standards and back-stabbing in the ‘respectable’ public squares and halls of the ‘chattering classes’ of Irish life.
But it’s not all doom and gloom, as the book, written in the form of a letter to his late beloved father, is interspersed with human-relief chapters of boyhood fond memories and ‘chats’ with his Dad.
“Since you went away, the country [Ireland] has gone stark, staring, raving bonkers. (I know this sounds like rhetoric—’The country’s gone pure mad!’ —but I would like you to read it as in the nature of a clinical diagnosis.) You got away just about in time to avoid going mad in a different way, out of pure rage and frustration at everything.”
The book also begins seeking to outline the facts of Mr Waters’ departure from Irish journalism a couple of years ago. Although he is greatly admired by many decent people in Ireland and internationally, who, like him, feel powerless and disillusioned with the media and politics, the high priests and priestesses from the metropolis chattering classes have nonetheless ridiculed, shunned and avoided him. His mortal-sin?: Conformist Liberal Blasphemy. And we all know the sin of having the freedom to say non-defamatory, truthful things that some immature, over-sensitive people don’t like is the gravest of abominations. Unfortunately, this situation has become universal and suppresses free speech. Hell hath no fury like a scorned New Liberal Inquisition fundamentalist.
Mr Waters writes about the ‘cesspit’ that most of the metropolis Irish *media and its fellow travellers had become, and how colleagues who he once regarded as good friends betrayed him, some even making false allegations about his honest views. But honest views and writing about the Truth are not always pragmatic. Aldous Huxley said: “Great is truth, but still greater, from a practical point of view, is silence about truth.” (*Not to be confused with the grass-roots media of regional and quality alternative outlets.)
And there was (and still is) no silencing Mr Waters, thus leading to his unfair ostracization from the PC Establishment. The same fate has happened to other journalists who sought to expose corruption or speak the truth. Truth is a lonely warrior and Mr Waters continues to write and talk on subjects that many suffering from cognitive dissonance want to supress. He writes: “I would love to be cool again, but there is an insurmountable problem: the truth—hard and ineluctable facts that get in the way.” 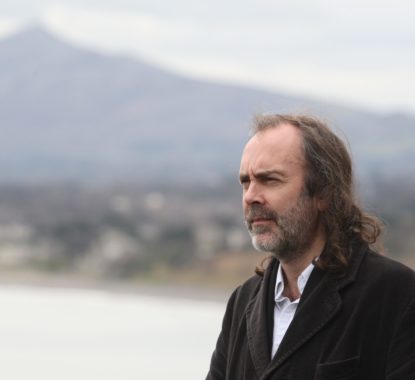 Mr Waters writes about his earlier love of rock’n’roll and how he became disillusioned with it in recent times, as he began to feel that something was horribly wrong, especially with the legalisation of abortion in Ireland. The rock stars of yesteryear used to be robust, rebellious, anti-hero ‘David’s’ rebelling against the oppressive ‘Goliath’ State (yes, many were also degenerates and their music corrupted youth). However, the contemporary wave of celebrity ‘musicians’ are virtue-signalling, new conformists in bed with the Establishment, gallantly acting as their propaganda proxy warriors while the country suffers serious social problems, especially in health, rental accommodation and public transport.

Mr Waters again: “Rock stars were talking about a woman’s ‘right to choose’ as if, as with the slavery in which their music was rooted, this was a straightforward matter of freedom from oppression, as though the unborn child was somehow the equivalent of the slave master rather than the proxy of the slave.”
He also writes about his contempt for pro-abortion Irish politicians, including, during the day of the vote to legalise abortion, Ireland’s “self-styled news media, which gave us a picture of Taoiseach [prime-minister] Leo Varadkar, grinningly dropping his vote into a ballot box, over the headline: ‘All the lads in the gym are voting Yes’ [for abortion].”
Mr Waters says that Varadkar, who had entered the last election less than three years earlier as ‘pro-life’, was seemingly incapable of grasping what he had led us into.
“On Wednesday, two days from polling day, Varadkar, with his typical disingenuousness, had called for no public shows of celebration if the vote turned out a ‘Yes’. Still, that Saturday evening, the yard of Dublin Castle was filled with thousands of hysterical citizens, mostly young and female, dancing, cavorting, weeping, screaming—and there was Varadkar in the midst of them, cadging every last vote.”
Meanwhile, overcrowding in Irish hospitals were (and still are) at an all-time high, with over 12,000 patients waiting on trolleys in Emergency Departments or on additional beds placed throughout hospitals. But why rain on the abortion parade and worry about massive rent increases, the collective billions of euro debt in perpetuity, the broken health sector, rural crime against the elderly, the lack of wage increases or the dispossessed who lost their homes and livelihoods, leading many to suicide, mental breakdown and divorce? And that’s just a few examples.
Mr Waters writes that, on that day, Taoiseach Varadkar, grinningly dropping his vote into a ballot box (as mentioned above) over the headline: ‘All the lads in the gym are voting yes,’ might be the epitaph of the country he grew up in. This country that he had to call home, “this ancient land, traceable into antiquity by its piety, its valour, and its sufferings”.
He also had to deal with fellow journalists-turned-State-activists who reported his remarks out of context and exclusively mined for quotes in line with their biased, unfair narrative. In one such interview, which was supposed to focus on his conflict with false allegations and other issues, he was asked if he was depressed or suicidal. When he answered, ‘it’s bullshit; there’s no such thing; it’s a cop-out’, the following morning, he received a phone call from a friend who told him that The Sunday Independent had made a major issue of his comment about depression.
“I was stunned, since this had nothing to do with the purpose of the interview and since I had merely made a throwaway remark and had not expanded on it. My friend warned me that already the interview was trending on Twitter and the depression comment appeared to be the main focus… I couldn’t believe it. Immediately I began getting calls from relatives and friends telling me that I had again got myself in hot water with my remark about depression . . . I also received numerous emails from people who told me they were suffering from depression and felt hurt by what I had said. Some of these verged on the poisonous.”

And there is no doubt that John Waters has dealt with quite a lot of suffering during these modern-day Salem witch trials, culminating with a cancer diagnoses, of which he is currently struggling to recover from. But he never wears victimhood on his sleeve. Instead, he comes across as a kind, humble gentleman, highly educated and perceptive, with a sense of humour and lots of interesting things to say (see his Grand Torino youtube videos). He also comes across as a caring, and, at times, passionate person—passionate about his country and the forgotten, dispossessed Irish people whom he loves. But he doesn’t suffer fools gladly and is not over-sentimental about Ireland.
Give Us Back the Bad Roads is a superb read with lots of truth and no lies, written by a gifted scribe. It covers many aspects of Irish culture (or what’s left of it), from popular music to the insanity of tyrannical political correctness. If you haven’t yet been evicted from Plato’s Cave or ‘red-pilled’, then this book is certainly a powerful eye-opener, as its themes are universal. It would make an excellent gift this Christmas, a time celebrating when Truth was born into this world.
December 2018
To get your own copy of Give Us Back the Bad Roads you can click here.