Spooky things that go bump in the night 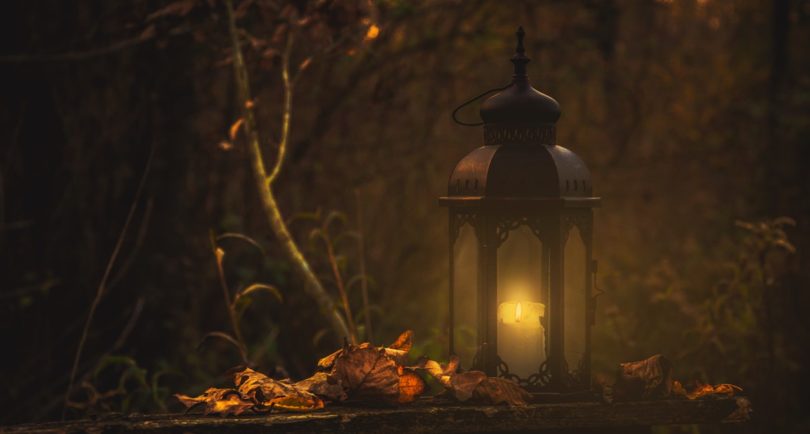 Happy Halloween! It’s spooky season, so here are some tales of ghostly apparitions from our favourite books about the paranormal.

It was either August or September 1972. I was sixteen and my sister was eighteen. My parents looked after an old lady we knew. This lady used to ask my parents if my sister and I could sleep over some time. We did not know why she wanted this – maybe she was just lonely. She lived in an old country mansion that had been converted into an old folks’ home. She had a nice two bed-roomed apartment: her own bedroom and the guest room.

On the night that we slept over I just could not sleep well. I recall that I woke up in the middle of the night and it was very hot. I sat up in the bed to get some air and switched on the table lamp, as I wanted to remove some of the blankets. As I switched on the light I naturally looked around the room but was stunned to see that reflected in the mirror was the image of an old lady with curly white hair. She wore an old-fashioned dress with an apron tied around her waist. She seemed to be looking for something in the room. Yet she was not in the room. Then the lady stopped and looked straight at me. I can still see her eyes gazing into mine. She smiled at me, then vanished. I shot under the blankets and stayed there.

The next morning I blurted out to the old lady, ‘Do you have a ghost in your second bedroom? I saw something last night.’ She chuckled and gave a huge smile. ‘Oh you see her too. That is the spirit of a woman who lived here long before it became an old folks’ home. She has been seen in several parts of the house. I think she has lost something of great importance as she is always looking for something.’

I have often wondered who she was and what she had lost. Will she ever find it, find peace and be able to pass on fully?

My grandparent’s old farmhouse in Scotland was a magical place. One of the most curious things about the farm was the constant feeling of being watched, particularly when you passed the old ‘tattie shed’ where the potatoes were stored.

My younger brother, Stuart, and I were always keen to explore these same buildings as kids and this particular warm weekend in the mid-1980s was no different. Two young guys asked granddad if they could store their car in one of the outbuildings while they worked on it, and he agreed that they could. Stuart and I were more than keen to see what the guys were doing and watched silently through the open door as they hammered and drilled.

As we watched, I suddenly became aware I was being watched. It was a very creepy feeling and I remember turning around to look up at the grain loft door. Just then, I saw the figure of a man silhouetted by the sun standing in the doorway.

I stared up at him but he didn’t move and as I turned back to Stuart a freezing wind blew right past me, and it was strong enough to blow my hair back. I looked back at the grain loft and the figure was gone. I freaked out and took off – hotly pursued by a bemused Stuart – back to the house to relay the story to my grandparents.

When I brought up the ghostly encounter, Granddad told me: ‘Dinnae worry about that lassie, it would just be Auld Jock.’

It turned out that ‘Auld Jock’ was a farm employee back at the turn of the twentieth century who, after being caught allegedly embezzling from the estate, took a shotgun and killed himself – in the tattie shed. Seems I wasn’t the only one to have seen him either, as Granddad also knew of him and had felt his presence.