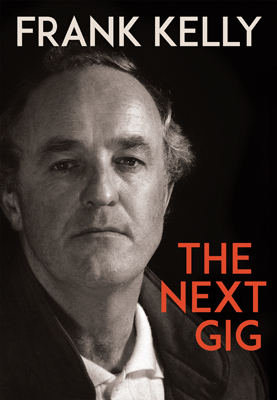 From stage to screen and back again, Frank Kelly has had a whirlwind of a career, stretching from the 1960s to the present day. Most famous for portraying Father Jack Hackett in the hugely successful Father Ted, his profession has seen him travel across Ireland, America, and even the blistering cold of Nova Scotia. In The Next Gig, Frank Kelly explores the world of acting through his own honest, and often humorous, life experiences.

Kelly recounts countless stories from his past, both inside and outside the world of acting. From growing up in post-war Ireland to hiking up the mountains of Africa, he paints a vivid picture of a life well lived. He talks of the many people he has had the good fortune to work with, including Pierce Brosnan and Michael Caine, as well as all those he has met along the way. And of course, he reflects fondly on his time on Father Ted, and his experiences on set and off.

Mischief and laughter are never far from hand in this autobiography, though Kelly also captures the loneliness that can come with a career on the road. But even after all the ups and downs, this was a life worth living for.

Frank Kelly passed away soon after the release of this book in 2016 at the age of 77.

The Celtic Songlines with Dónal Lunny €12.00
The companion book to the RTÉ series