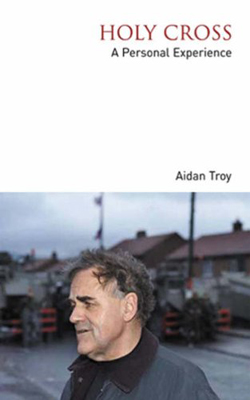 During the thirty years of troubles in the North of Ireland, there are but a handful of people who have become symbols of true courage. Father Aidan Troy is one of these.

Although he knew little of the North, within months of his arrival in the Catholic Ardoyne community, he had witnessed one of the most disturbing incidents in the North’s recent history.

Young children, going to and from Holy Cross primary school, were subjected to some of the most shameful sectarian hatred and violence. Protestors taunted the children, their parents and teachers with comments about ‘Fenian whores’, as well as displaying pornographic posters, throwing balloon bombs containing urine and even pipe bombs.

This insider account of those shocking weeks does not make for easy reading, nor does Father Troy attempt to offer simplistic solutions, focusing instead on his unshaking belief throughout, that the rights of the children must be paramount.

Aidan Troy is a Passionist priest. Originally from Bray, Co. Wicklow, he was ordained in the wake of Vatican II. He was elected to the general government of his order in 1994, a post he held until his transfer to Belfast in 2001.