A radical view on reviving the Irish language 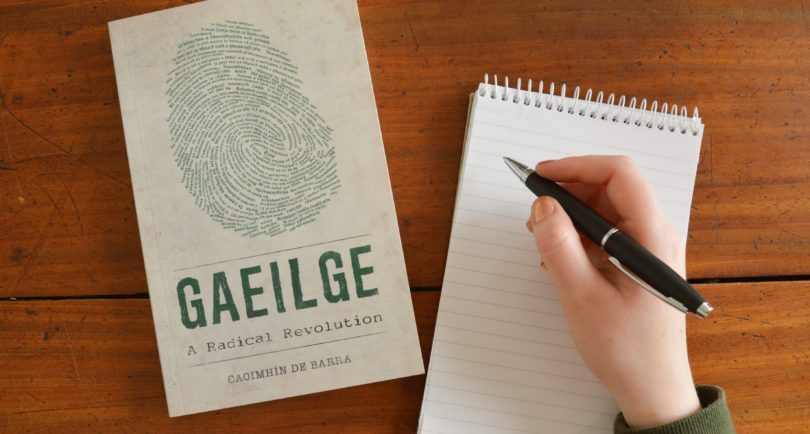 The Irish language is massively polarizing, but why does it attract such passionate feelings? So many of the discussions about Gaeilge centre on ‘the way it’s taught’, with many people just muttering darkly about Peig and the Modh Coinníollach.

Caoimhín De Barra’s new book, Gaeilge: A Radical Revolution, looks at the reasons why many people don’t speak Irish, examines the hatred directed at the language and dispels a lot of the myths surrounding the language, including the supposed difficulty of the language and how much money is spent on it each year. He outlines why current efforts to revive Irish are doomed to fail, as they continue to focus only on schools and offer little incentive or opportunity to use Irish beyond the Leaving Cert. De Barra proposes a radical solution for how to revive An Ghaeilge so it can again become the first language of the Irish people. He believes that “many people simultaneously have a strong desire to speak the language and a resentment towards the language because they can’t speak it”.

De Barra himself was not raised in an Irish-speaking household and did poorly in Irish at school, and it was only as an adult that he came back to the language and started to teach himself. Even though he now lives in America, he is raising his daughter through Irish. In the opening of his book he writes about how he taught himself the language and some of the resources that he found most beneficial.

Broadcaster George Hook says of the book: “Finally, a sensible book about the Irish language. The activists for the restoration of Irish should quote liberally from its pages and hopefully it will ignite a whole new debate. If we lose our language we have nothing … This book has restored my faith.”

Gaeilge: A Radical Revolution is being launched on March 15th at 1:30 pm in An Siopa Leabhar, 6 Harcourt Street, Dublin, as part of Seachtain na Gaeilge, with a discussion about the Irish language hosted by RTÉ broadcaster, Bláthnaid Ní Chofaigh, and a panel including the author Caoimhín De Barra; Áine Ní Bhreisleáin, Raidió na Gaeltachta; and Harry McGee, The Irish Times. The event is free to attend and all are welcome.

If you would like to buy your own copy of Gaeilge: A Radical Revolution you can click here.